According to the National Collegiate Athletics Association, about 75% of the Team USA roster in the 2020 Tokyo Games were current or former college athletes.

Much like the way attending an esteemed law school can improve the career trajectory of an aspiring lawyer, choosing the right collegiate athletics program can help people reach what could be considered the pinnacle of athletic success—the Olympics or the Paralympics.

It’s no coincidence that many Olympians and Paralympians attended the same schools and competed in the same world-class collegiate athletics programs. Schools like Stanford, the University of Florida, and UCLA have a track record—no pun intended—for attracting and fostering athletic talent. While creating pathways from collegiate competition to the Olympics has happened naturally throughout the history of the Games, there has been a recent push for schools, in partnership with Olympic committees, to be strategic about the college-to-Olympics pipeline.

The USOPC entered into a two-year agreement with the NCAA in March 2022, focusing on introducing and expanding adaptive sports programs in more colleges and universities for athletes with physical and mobility differences. Only 23 schools in the country offer adaptive sports, with a fraction of those offering competitive sports. The groups are also working to improve communication about the opportunities that exist for student-athletes aiming to compete on an international level.

In the background of this progress, however, college athletes and Olympian hopefuls across the country are facing cuts of nonrevenue-generating sports programs at prominent universities with Olympic success. Stanford, for example, cut 11 sports programs that, over time, won the university 27 Olympic medals.

Best Universities compiled data from Team USA to identify the schools with the highest concentration of college athletes turned Olympians. The data includes athletes who competed at the collegiate level in varsity or club sports and either the Olympic Games or Paralympic Games for Team USA.

The true number of Olympic and Paralympic athletes associated with a particular school is much higher when you consider some international student-athletes may attend and train in the U.S. but represent their home countries in the Games. Or that some national team student-athletes graduate but continue competing in their sport, or use a school’s facilities to train for their sport, but never actually compete on a school-sanctioned team.

In order to normalize across schools with different athletic program sizes, colleges are ranked by Olympic athletes per 1,000 student-athletes, limited to schools with at least five total athletes in the 2020 and 2022 Olympics. The Department of Education’s Equity in Athletics database only counts student-athletes involved in division-level sports under a sanctioning body like the NCAA. Olympics data also includes current and former college athletes participating in club sports.

The University of Arizona’s Adaptive Athletics program—the most extensive collegiate program in the country—has sent 34 student-athletes and alums to the Paralympic Games since 1960.

The school currently offers seven adaptive sports teams, including men’s and women’s basketball, golf, handcycling, rugby, tennis, and track, with hopes of adding swimming and triathlon in the future. Paralympic athletes from the University of Arizona represented the U.S. in Tokyo in wheelchair basketball, wheelchair tennis, wheelchair rugby, track and field, and rowing.

MOST AFFORDABLE ACCREDITED COLLEGES RANKED
Discover the cheapest online college from this list of colleges ranked based on affordability.

The University of Florida has churned out some of the world’s best track and field athletes. The program boasts 23 Olympic medals, including eight gold. At the Tokyo games, Gators competed for Team USA in swimming, track and field, baseball, and softball.

​​Alum Caeleb Dressel set two world records in the 100-meter fly and the 4×100-meter medley relay and made Gator history by becoming the Florida student-athlete with the most gold medals—five—won in a single Olympics.

The University of Texas has a long history of Olympic representation and success. Longhorn athletes have won 153 medals: 88 gold, 41 silver, and 24 bronze.

#7. University of Texas at Arlington

The Movin’ Mavs and Lady Movin’ Mavs—the University of Texas at Arlington’s men’s and women’s wheelchair basketball teams—were a big part of Team USA’s paralympic success in the Tokyo games.

GET A FREE LAPTOP FROM THESE ONLINE COLLEGES
Explore this list of online colleges with free laptops and ipads.

Athletes with current and former ties to the University of Southern California competed in swimming, track, court and beach volleyball, shooting, and water polo in the Tokyo games.

Trojan athletes took home gold, silver, and bronze medals in their individual or team sports. Notable alum and track star Allyson Felix, who officially retired from the sport in 2022 after a 20-year career, won a gold medal in the women’s 4x400m relay and the 400m in her final Olympic appearance.

The University of Georgia sent 15 swimmers and track and field athletes to the Tokyo games. The Bulldogs competed in many different individual and team events within those sports, including decathlon, heptathlon, pole vault, butterfly, and various swimming relays.

The University of California, Los Angeles, has a long history of Olympic success. Some of the most prolific Olympic athletes, like Jackie Joyner-Kersee and Florence Griffith Joyner, first competed for UCLA. Since 1928, more than 400 current or former UCLA students have competed in the Olympics, including for other countries.

#3. The University of Illinois at Urbana-Champaign

The adaptive athletics program at the University of Illinois at Urbana-Champaign is one of the oldest in the country. In the late 1940s, athletes from the University of Illinois formed the National Wheelchair Basketball Association and the first collegiate wheelchair basketball team in the country. In Beijing, two alums were part of Team USA’s gold-medal-winning sled hockey team.

Alum Katie Ledecky’s two gold medals at the Tokyo games made her the most decorated female swimmer in Olympic history. Stanford athletes earned 26 medals in Tokyo—more than any other institution.

FIND THE BEST CACREP-ACCREDITED PROGRAM
Explore a robust list of online CACREP-accredited counseling programs and start your journey toward your graduate degree.

Princeton’s relatively small size makes the share of Olympic athletes with ties to the university particularly impressive. Princeton athletes competed for Team USA in rowing, fencing, and water polo.Alum Ashleigh Johnson, a goalkeeper for Team USA’s women’s water polo team, led the U.S. to its third consecutive gold medal in the sport. It marked the first time any women’s water polo team in the world achieved such a feat. 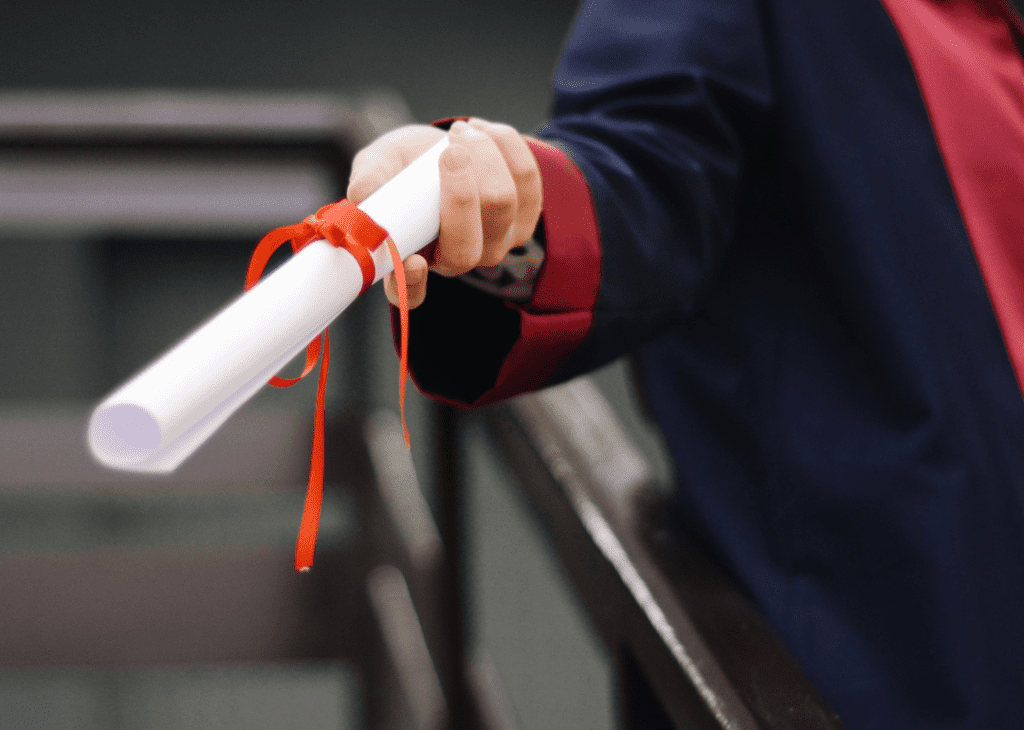 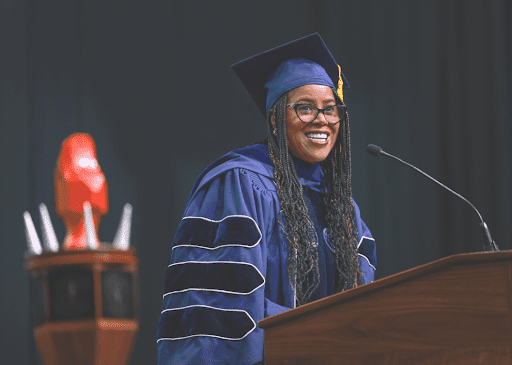