With easy access to information nowadays, we’re now more exposed to global issues and affairs, such as politics, terrorism, and foreign policies, all under the political science umbrella. Having a degree in political science prepares you for a career in many fields, including journalism, law, primary and secondary education, and international affairs. It’s also one of the prerequisite courses for law school and other political- and public administration-related MA or MS degrees.

But what if those aren’t the kind of careers you’re interested in? A minor in political science or adding it as one of your electives also has its benefits. You will have a better understanding of why political participation is essential for your local community and country. Hence, you’ll also have better judgment when it comes to voting for public officials.

Fortunately, you have a lot of options in terms of universities or colleges offering political science programs. You’ll find that most of them offer minors and BS or BA degrees, while some also have MA or MS in Political Science.

Learn about start dates, transferring credits, availability of financial aid, and more by contacting the universities below.

Below is a list of ten of the most affordable but established universities in the USA that offer quality political science programs. Each of these institutions meets the following criteria:

Note that the ranking of the universities was based on the average annual cost, from lowest to highest. The data and other pieces of information used were from the US Department of Education and specific university websites.

10 Best Universities in the USA With a Political Science Program

The University of Michigan-Dearborn is a mid-sized, city-based, public university that has consistently received accreditation from the HLC or Higher Learning Commission. It’s a student-focused university committed to providing one of the most excellent teaching, research, and scholarship services while ensuring student access to affordable education.

Established in 1959, the university currently has 6,728 undergraduate students, with an acceptance rate of 62% and a graduation rate of 55%. Current data show that they have a low number of political science graduates. Still, they have a retention rate of about 80%.

The University of Wyoming is a town-based, mid-sized, HLC-accredited, public university established in 1886 that has high acceptance, graduation, and retention rates; 96%, 60%, and 77%, respectively. It has more than 9,600 undergraduate students, and each of the classes has a sufficient student-to-faculty ratio to ensure quality education.

In terms of the school’s political science programs, there are several options. Students can opt for minors in pol-sci, including American politics, international relations & comparative government, political theory, and public law.

To pass any of these minors, one must have a grade not lower than C, complete a minimum of 18 credit hours, and attend one seminar. Additionally, at least 12 units must be a 3000-level or above course.

On the other hand, the undergraduate majors include BA and BS in political science, requiring the student to complete 33 credit hours, at least four of which being gateway courses. Eighteen hours of elective courses must also be completed within the school’s department of pol-sci, with nine units being a 3000- or 4000-level coursework. The student must also attend a minimum of one pol-sci seminar and an eight-hour foreign or sign language class.

Lastly, the university offers an MA in Political Science program, wherein the student should complete four sets of core classes, required hours in the area of interest, and thesis.

3. University of New Hampshire at Manchester

The Manchester campus of the University of New Hampshire was established in 1985 with a current New England Association of Schools and Colleges, Inc. accreditation. It’s a small, city-based public school with approximately 700 undergraduate students and a current 1:12 faculty-to-student ratio. Its acceptance and graduation rates are 91% and 61%, respectively, while its retention rate is 76%.

The school’s political science program has a small number of admission because it only offers a minor in political science. However, students enrolled in the course will have the opportunity to pursue hands-on service learning and internship through the university’s local government, non-profit organization, and law firm partners. To complete the program, one needs to obtain 20 credit hours or finish five courses with no grade lower than a C-.

The Brigham Young University is a large, city-based, private institution founded by The Church of Jesus Christ of Latter-Day Saints that focuses on the holistic growth of its students. It has Northwest Commission on Colleges and Universities accreditation, more than 30,000 undergraduate students, a graduation rate of 87%, and an acceptance rate of 67%.

To earn a degree in political science, you must complete your specific major’s requirements and general and religious education. You must also have at least 120 credited units, 30 credit hours in residence as a day student in the BYU Pronto campus, a cumulative GPA of 2.0, and a certificate of good standing from the Honor Code Office.

With over seven decades in the industry, this large, suburban-based public university has a high acceptance rate of almost 100%, leading to a high number of undergraduate students of more than 42,000. That said, the university’s retention rate is only 52%, while the graduation rate is at 28%, with the political science program recording only 80 graduates.

Faculty-wise, the university has a team composed of experienced professionals with the right academic credentials. Most of them are lawyers, independent contractors, and lobbyists who worked or are working in recognized agencies such as the US DHS, FDIC, and DND.

This veteran-founded mid-sized, city-based, private university boasts 50 years of experience and a current WASC Senior College and University Commission accreditation. It’s also one of the military-friendly universities in the United States, offering special programs and discounts to veterans and military personnel, even those on active duty, as well as tuition fee discounts for their dependents.

The National University in La Jolla, CA, has more than 6,500 undergraduate enrollees, over 75 undergraduate and graduate programs, and high acceptance and retention rates of 89% and 68%. On the contrary, the university’s graduation rate is only at 34%.

Although this non-profit university only offers a minor in pol-sci, it’s included in this list since it meets the affordability and salary criteria mentioned earlier. Plus, the program covers several topics such as competitive politics, political theory, and public policy. Each of the four-week classes is offered online or on-campus.

Independently operating since 1973, the University of Colorado in Denver has more than 11,600 undergraduate students. It has a very competitive environment, evidenced by its 67% acceptance rate and 50% graduation rate.

However, more than half of its alumni got a job and resided in Colorado. Most of its four-year degree graduates also earn a salary that is approximately 8% higher than those who graduated from other Colorado-based universities.

In terms of their four-year BA Political Science program, this mid-sized public university offers two different majors, namely Secondary Social Studies and Public Policy. That said, you may opt for the non-track BA Pol-Sci degree that will allow you to gain knowledge and skills related to community leadership. These three require students to finish at least 120 credit hours, with differences in some required courses.

The university also offers MA in Political Science that requires you to complete 33 credit hours, with either a thesis or project requirement.

Founded in 1858, Iowa State University is one of the largest city-based public schools, with almost 28,000 undergraduate students. It currently has high acceptance, retention, and graduation rates: 92%, 87%, and 73%.

This HLC-accredited university offers an undergraduate minor in political science, requiring the student to complete 15 credit hours. At least nine of these credit hours must be a 300-level or above course, while six of the nine must be completed at Iowa State University. The student should also ensure they maintain a grade of C or higher.

Established in 1964, this medium-sized public university has accreditation from NECHE or the New England Commission of Higher Education. It has high acceptance, and retention rates of 76%, with more than 12,000 enrolled undergraduate students. Additionally, it has a mid-level graduation rate of 56%.

The university offers more than 75 undergraduate programs, including political science. It has two six-course minors, namely political science and public policy. It also offers a minor in international relations open for non-political science majors, such as economics, history, and anthropology.

The University of Massachusetts Boston also has an 11-course or 33-credit major in political science and a 10-course or 30-credit major in international relations. Of course, students need to meet other requirements to obtain any of the degrees, such as the course level and the number of courses or credits they need to complete within the university or the school’s Department of Political Science.

The University of Baltimore started as a law and business administration night school in 1925 but now offers more than 40 undergraduate degrees. It has Middle States Commission on Higher Education accreditation and other specialized accreditation. It’s a city-based, mid-sized public school with more than 2,000 undergraduate program students, an acceptance rate of 78%, a retention rate of 81%, and a graduation rate of 52%.

In contrast to the other schools on this list, the university offers a BA in Policy, Politics, and International Affairs instead of the standard pol-sci degree. It prepares you to have a career in several political-related fields, such as local, state, and federal administration, campaign management, public policy, and foreign services.

Learn about start dates, transferring credits, availability of financial aid, and more by contacting the universities below.
Content 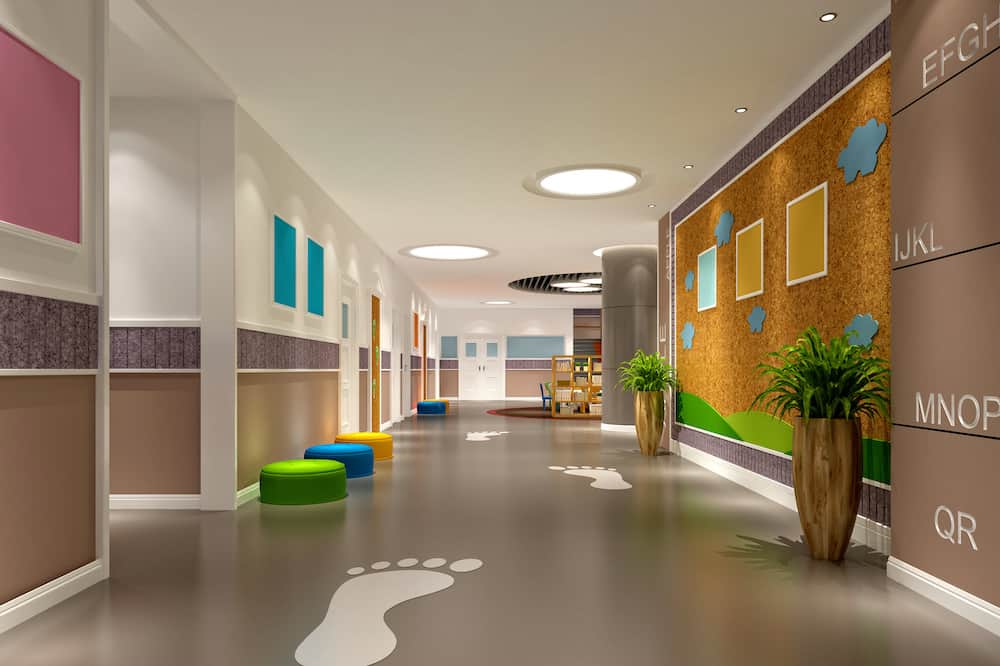 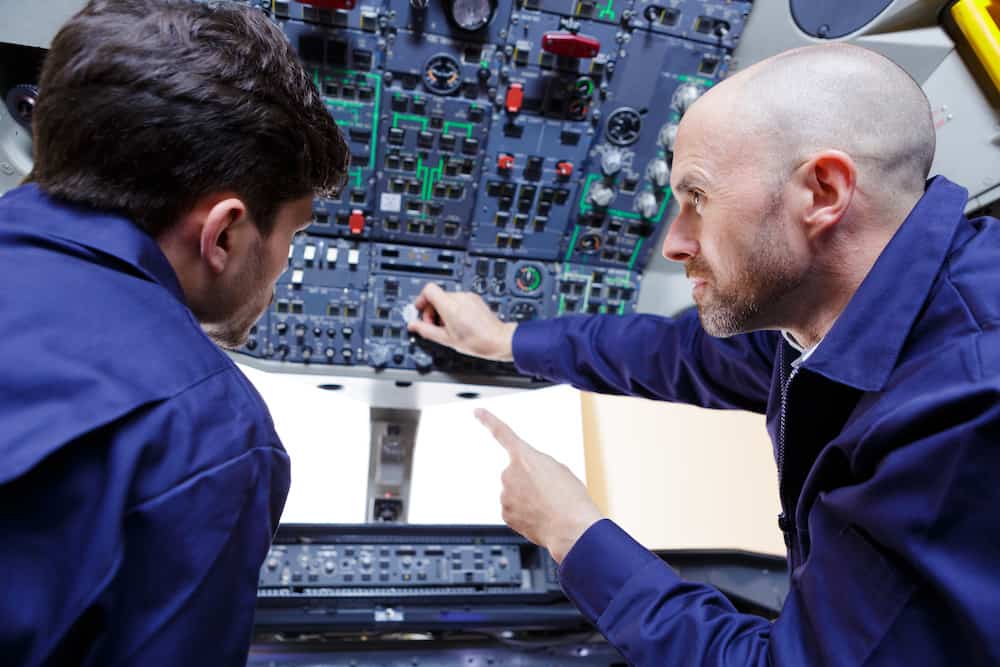